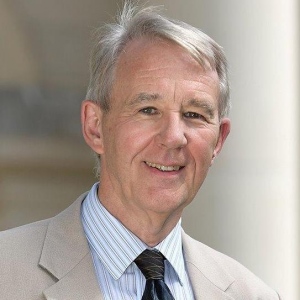 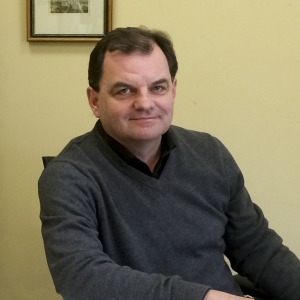 Halifax – Acadia University President Peter Ricketts (left) is the new chair of the board of directors of EduNova Co-operative Limited.

He took over today from Dianne Taylor-Gearing, outgoing president of NSCAD University, who is returning to her native United Kingdom this summer.  Taylor-Gearing had served as chair for the previous four years.

“As EduNova marks its 15th year, Nova Scotia is reaching new heights in attracting and retaining international students, thanks in no small measure to the collaborative approaches to recruitment and retention that EduNova champions with its members in the education and training sectors,” said Ricketts.  “I was honoured to be nominated to join the EduNova board by my fellow Nova Scotia university presidents and am excited by the opportunity now to serve as board chair as EduNova sets out to implement its 2019-2024 strategic plan, with a renewed emphasis on collaborative recruitment, retention and student experience.”

The other new member to join the EduNova board of directors is Bill Lahey (right), President of University of King’s College and the new chair of the Council of Nova Scotia University Presidents.  He replaces Kent MacDonald, who is leaving soon as president of Saint Francis Xavier University to assume a new leadership position in the United States.

The remaining board members are all returning, including:

Millman will continue as board vice chair, while El-Darahali will succeed Bureaux as treasurer.  Interim President & Chief Executive Officer Rob Batherson will serve on the board in a non-voting capacity as secretary.

The 2019-2020 board was elected today at the annual general meeting of EduNova, held at the Leeds Street campus of the Nova Scotia Community College.  Members paid special tribute to both outgoing chair Dianne Taylor-Gearing and former longtime CEO Wendy Luther.

EduNova is a co-operative industry association of Nova Scotia education and training providers, including the province’s universities, the Nova Scotia Community College, language schools and P-12 public and independent schools.  EduNova’s vision is of a Nova Scotia where students study, stay and thrive.

Dr. Ricketts started his six-year term as president and vice-chancellor of Acadia University in July 2017. Born in Harrogate, Yorkshire and raised in Bournemouth on the south coast of England, Dr. Ricketts earned his BA (Honours) degree in Geography at the University of Nottingham in 1974 and his PhD from the University of Southampton in 1982. He is internationally-recognized for his expertise in coastal zones and ocean management.

He has an extensive academic career in Nova Scotia and across Canada over the past 40 years, including service in the following roles:

William Lahey, President and Vice-Chancellor of University of King’s College

With a career as a legal scholar and senior public servant, Professor William Lahey became the president and vice-chancellor of the University of King’s College in 2016.  Lahey received his undergraduate arts degree from Mount Allison University, followed by degrees in jurisprudence from Oxford University, where he was a Rhodes Scholar, and a Master of Laws from the University of Toronto.

Professor Lahey’s legal experience began as clerk for Justice Gerald La Forest of the Supreme Court of Canada, followed by and practicing with the Halifax firm now known as McInnes Cooper. After eight years in the Nova Scotia public service, including as Assistant Deputy Minister of Health, he joined the faculty of Dalhousie University’s Schulich School of Law in 2001, where he remains an Associate Professor and where he served as the Director of the Dalhousie Health Law Institute between 2007 and 2011. Professor Lahey’s research spans the fields of administrative, constitutional, health, environmental and regulatory law. He has been honoured for teaching excellence by Dalhousie law students on three occasions, in 2004, 2008 and again in 2015.

During his public service career, Professor Lahey was responsible for legislative reform in a number of areas, including workers’ compensation and occupational health and safety, labour relations and labour standards, health system and health professions legislation, and environmental law. In 2012-2013, he worked again with now retired Justice La Forest to complete a major review of Nova Scotia’s mental health legislation.

As Deputy Minister, Department of Environment and Labour from 2004 to 2007, Professor Lahey spearheaded the development of the Environmental Goals and Sustainable Prosperity Act, a far-reaching piece of legislation designed to improve environmental law and policy and to make Nova Scotia a leader in integrating economic growth and environmental protection objectives.